Constitutional Council’s spokesperson Abbas-Ali Kadkhodaei has made it clear that the standards specified in a recent measure ratified by the council will be the only touchstone of qualification for candidacy for the 13th presidential elections in Iran. 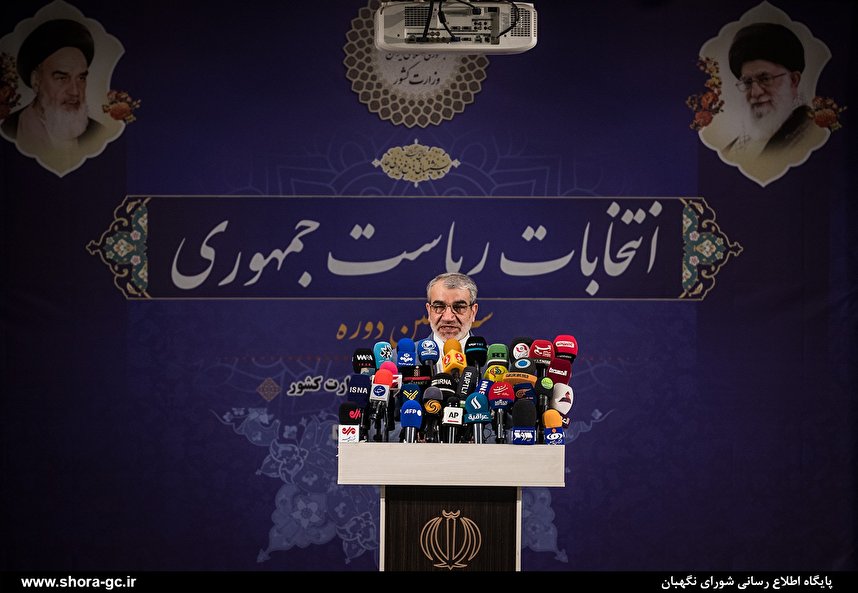 Speaking to reporters on the sidelines of a visit to the Elections Headquarters on Friday, May 14, Kadkhodaei said the process of vetting the applicants intending to run for president will be carried out in accordance with the Constitutional Council’s measure alone.

The spokesman noted that the evaluation of qualifications in the upcoming elections will be carried out only among the applicants who would comply with the requirements imposed by the Constitutional Council.

Kadkhodaei, who is also the president of the Constitutional Council’s Research Institute, said the new regulations have fortunately resulted in a “balanced process” in the registration of applicants and has mitigated many problems that arose in the previous elections.

The spokesperson also dismissed as a joke the speculations that the Islamic Republic of Iran Broadcasting has been told about the number of final candidates that will take part in the televised debates ahead of the election, stressing that nobody knows how many applicants will register or how many will be qualified in advance.

“The Constitutional Council’s members will express their views on the basis of the legal criteria. Naturally, the approach that has been in effect testifies that the number of candidates qualified in various elections has been different,” he underlined.

Asked about the fate of the applicants who had been rejected in the vetting process during the previous rounds of elections, Kadkhodaei reiterated that the Constitutional Council acts only in conformity with the rule of law, as the law does not forbid anybody from registering for the election.

On the political statements that a number of applicants release after the registration process, the spokesperson said, “Fortunately, there are a lot of such free podiums in the Islamic Republic of Iran that people can take and announce whatever they want.”

“The Constitutional Council makes no comment about those remarks, but it will definitely take into account a statement if it contravenes the regulations in the course of election campaigns,” he stated, adding that another subject that will be taken into consideration in the vetting process is that the campaign type and funds should conform with the electoral regulations.

Last week, the Council, which is tasked with vetting all candidates hoping to contest general elections, released an amendment to a measure that it had ratified earlier in order to clarify the criteria that apply to candidates applying for the post of president.

Under the Council’s new interpretation, all nominees must be between 40 and 70 years of age, hold at least a master’s degree or its equivalent, have a work experience of at least four years in managerial posts (with specific criteria of its own), and have no criminal record.

Notably, top military commanders with the status of major general and higher are also allowed to run.

Article 115 of the Iranian Constitution states that a presidential candidate must, among other things, be a political and religious personality.

The Iranian presidential election registration period began on May 11. The Council will have until May 25 to examine the documents submitted by the hopefuls. It can extend the date by another five days if needed. The overseeing body will then release a final list of presidential candidates on May 26-27.