Secretary of the Constitutional Council Ayatollah Ahmad Jannati issued a message of condolence over the recent passing of Muhammad Sanusi Barkindo, the secretary-general of the Organization of the Petroleum Exporting Countries (OPEC). 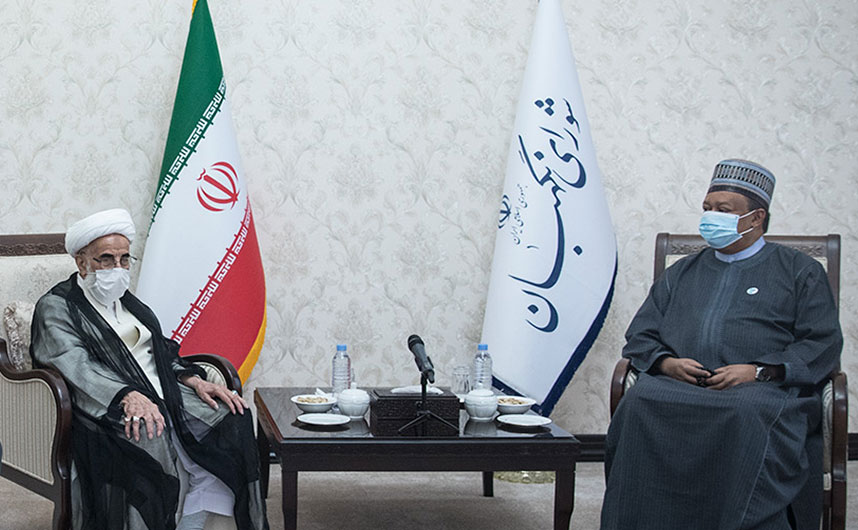 In the Thursday message, Ayatollah Jannati paid tribute to Muhammad Sanusi Barkindo and asked God to bestow mercy and the highest heavenly blessings upon his soul.

He further referred to his meeting with late Barkindo in August 2021 and said, “I found him a compassionate person eager to address the Islamic world’s woes. He was also too fond of Iran and used to follow up on Iran’s news”.

Muhammad Barkindo, a Nigerian oil industry veteran, was due to step down at the end of this month after six years at the OPEC top job. He was 63.

The head of Nigeria’s National Petroleum Corporation (NNPC), Mele Kyari, announced the news in a tweet early on Wednesday, which was later confirmed by two sources at OPEC.

“He died at about 11pm yesterday 5th July 2022. Certainly a great loss to his immediate family, the NNPC, our country Nigeria, the OPEC and the global energy community. Burial arrangements will be announced shortly,” Kyari said.

The cause of death was not known yet.