Members of Iran’s Assembly of Experts held their first biannual meeting this year on Tuesday. That’s the tenth official session of the current assembly, which was elected in 2016. 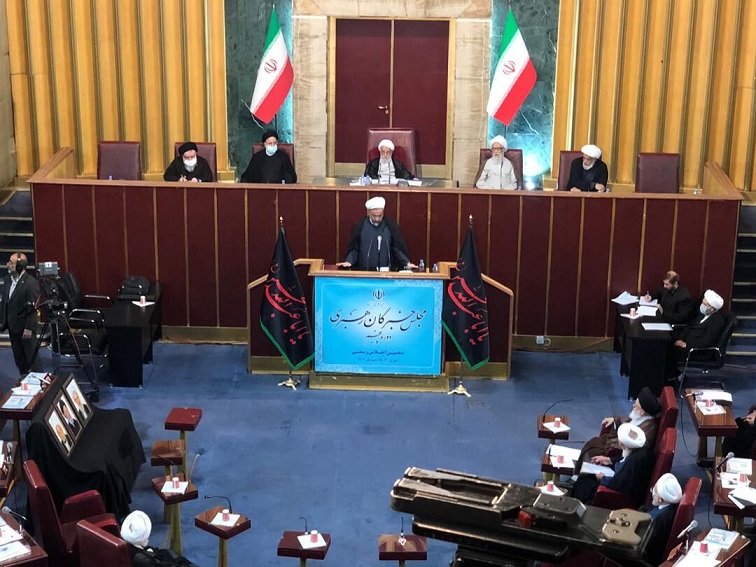 Members of the Assembly of Experts convene twice a year to review the latest domestic and global developments. This time, Ebrahim Raeisi, who is one of the Assembly's members, has participated as Iran's president.

Ayatollah Ebrahim Raeisi was invited to highlight his administration's achievements and review the challenges it faces.

During the session, Chairman of the Assembly Ayatollah Ahmad Jannati thanked the government for its unrelenting efforts to address people’s woes, urging President Raeisi to take more practical steps to address the economic problems of Iranians and improve their livelihood.

The top cleric, who is also the secretary of the Constitutional Council, further called on the government to act upon the guidelines of Leader of the Islamic Revolution Ayatollah Seyed Ali Khamenei in dealing with the problems.

Elsewhere in his remarks, Ayatollah Jannati called on Muslim nations to strengthen their unity and establish stronger relations in face of the Zionist regime of Israel’s plots.

He also condemned the normalization deals of certain regimes in the region with Israel as a stab in the back of the Palestinian nation, urging Muslims to remain "vigilant".

The experts should also elect a new leader in the event of the demise, resignation or dismissal of the current leader. The Assembly of Experts is currently a body of 88 Islamic jurists. The entity consists of a leadership council and six committees. Members are elected by direct public vote for an eight-year term.