Constitutional Council Secretary Ayatollah Ahamd Jannati on Thursday received OPEC's secretary general Mohammad Barkindo in his office in Tehran ahead of the inauguration ceremony of Ebrahim Raeisi, the eighth president of the Islamic Republic of Iran. 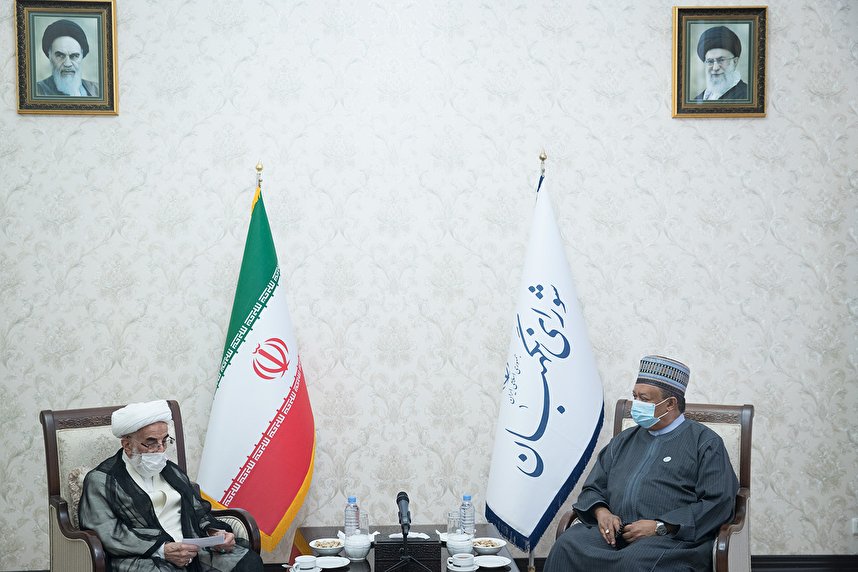 At the meeting, Ayatollah Jannati expressed "satisfaction over the positive role of the OPEC chief in steering the ship of the organization during the turbulent two Oil Cycles since 2016".

The top cleric further reiterated the continued support of the Islamic Republic of Iran to the noble objectives of OPEC to assist the oil market in maintaining stable markets. 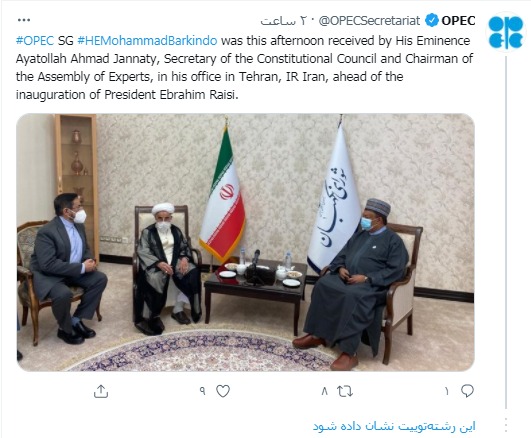 He called on the OPEC to coordinate Iran’s return to oil export markets once the country is relieved of sanctions.

Ayatollah Jannati expressed his appreciation with the visit of the OPEC scribe to Tehran to participate in the inauguration of the new Iranian president. 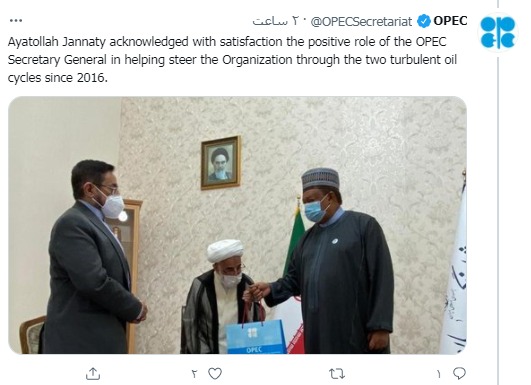 The heads of 11 international and regional organizations and the representative of the UN chief; officials from the Inter-Parliamentary Union (IPU), including its President Duarte Pacheco; the Economic Cooperation Organization (ECO); the Conference on Interaction and Confidence-Building Measures in Asia (CICA) and the D-8 Organization for Economic Cooperation also known as Developing-8 were also present at the event.

President of Iraq’s semi-autonomous Kurdistan Region Nechirvan Barzani and Serbia’s Parliament Speaker Ivica Dacic were among the guests at the inauguration ceremony.

Some 170 domestic and foreign journalists had been invited to provide coverage of the event.