Leader of the Islamic Revolution Ayatollah Seyed Ali said people’s epic turnout in the 13th presidential elections struck a heavy blow to those who attempted to boycott the vote. 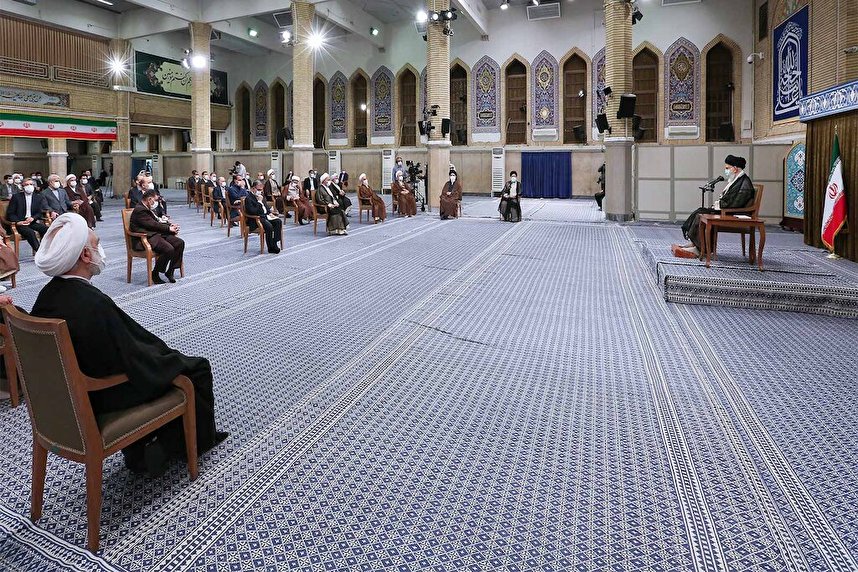 “Iran's elections were truly an epic created by the Iranian people. Where in the world is it common to see hundreds and even thousands of enemies' media outlets and foreign propaganda machines working to create a boycott of a country’s elections and to dissuade people from voting,” Ayatollah Khamenei said on Tuesday on the anniversary of the assassinations of Martyr Beheshti, Head of the Judiciary and 72 of his companions by MKO terrorists in 1981.

“The people of Iran struck a heavy blow to those trying to create a boycott of the elections. The enemies hoped the turnout would be about 20 percent. Considering the pandemic, which is said to have decreased the turnout by 10 percent, the actual turnout was about 60 percent, which is a good turnout,” the Leader added.

Anti-Iran groups led a campaign of intimidation and bullying to force potential voters not to participate in the election. Nonetheless, nearly 49% of the eligible voters turned out to cast their ballots in an election that Ebrahim Raeisi won with over 18 million or 72% of the votes.

Ayatollah Khamenei said, “That Iran’s top officials met with the President-elect and the defeated candidates congratulated the winner was a very good occurrence that took place in our country. Compare this with the US election fiasco!”